With Todd Richards being let go after a disastrous 0-7 start by the Blue Jackets, and Bruce Boudreau on the hot seat (heck, he might be out of a job by the time I finish writing this), coaching is once again in the spotlight. After Richards was fired, I went on a mini rant about how I believe having a good GM is more important than having a good coach, and while I still believe this is true, I wouldn’t be a data person unless I tried to prove it.

This project has many parts to it. The first, which I’ll be doing here, is just looking at the breakdown of Scoring Chances For% compared to Coaches and GMs in the early days of their tenure, i.e. right after being hired. Scoring Chances, to simplify things, are basically “more dangerous shots” (click here for a more rigorous definition).

To start, I needed data. I pulled all 30 teams from 2006/07 to 2015/16, and coded each season by what kind of organizational changes happened within. This gave me 331 data points, as there were often midseason coaching or GM hirings to account for.

In looking at the data, some patterns quickly emerged. The first two years of tenure in either role were where the most change, for better or worse, happened.

Because I had so much data in the No Change category, I wanted to see if there was any sort of trend year over year for the control group.

END_OF_DOCUMENT_TOKEN_TO_BE_REPLACED

We’re back at it again!

Rhys and Garret update you on what’s going on at Hockey-Graphs.com while also talking about faceoffs, some early losing and winning streaks.

END_OF_DOCUMENT_TOKEN_TO_BE_REPLACED 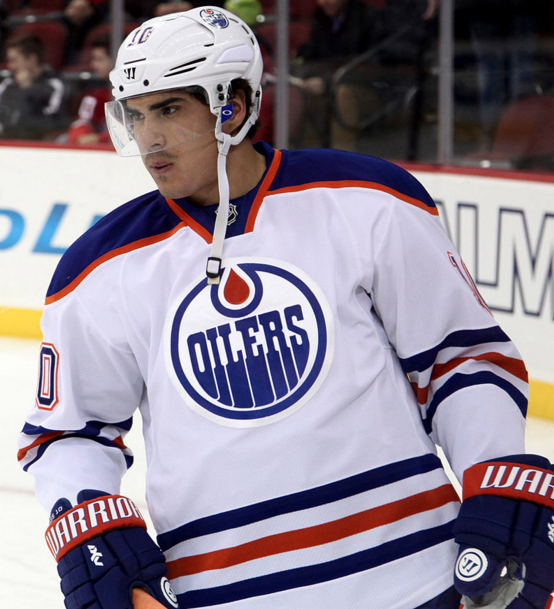 At Hockey-Graphs, we like to provide data-based answers to questions. It’s what we do. But it’s also good to recognize issues in the analytics world that haven’t yet been addressed. Sometimes that’s the case because we don’t have the data we need available, and sometimes it’s because the question has yet to be properly framed. It’s important to know what we don’t know, and to talk about it regardless.

There has been some great draft work done at our site and elsewhere in the last few years, and one of the findings has been the volatility of drafting defensemen relative to forwards. Couple that with claims that forwards have more of an impact on shot rates than defensemen, and one would be tempted to claim that avoiding defensemen altogether would be a solid draft strategy (though I’ll note that most analysts think this is taking the conclusion too far).

END_OF_DOCUMENT_TOKEN_TO_BE_REPLACED

One of these teams will probably win by one goal.

Last season, as hockey analysts struggled to explain how a possession-dominant Kings team failed to make the playoffs while Anaheim and Vancouver topped 100 points, there was a lot of discussion surrounding the role of one-goal games in the standings. LA’s disappointing season was largely dismissed as bad luck, with an argument that went something like this: the outcome of a one-goal game is effectively random, and the Kings’ 13-9-15 record in these games (against the 33-1-7 and 22-4-5 performances of the Ducks and Canucks, respectively) was the difference in keeping them out of the postseason. I wasn’t entirely convinced by this, but it got me thinking about the randomness of close contests. How random are one-goal games, and how significant a problem is this for people trying to use numbers to understand why some teams win and others don’t?

END_OF_DOCUMENT_TOKEN_TO_BE_REPLACED

This is not the first hockey analytics conference, as there have been a few popping up in recent years,  including those in Alberta, Ottawa, Pittsburgh, Washington DC and Rochester.

END_OF_DOCUMENT_TOKEN_TO_BE_REPLACED

There has been much work over the years looking at the impact of competition on player performance in the NHL. Prompted by Garret Hohl’s recent look at the topic, I wanted to look at little deeper at the obvious linear relationship between Quality of Competition and observed performance.

The results are a mathematical relationship between competition and observed, which could provide insight into player performance over short time frames. In the long run, the conclusions drawn by Eric Tulsky still hold. The impacts of facing normally distributed Quality of Competition (QoC) will wash out the effects over time. But this should not preclude consideration and even adjustments for QoC when looking at smaller sample sizes.