Every once-in-a-while I will rant on the concepts and ideas behind what numbers suggest in a series called Behind the Numbers, as a tip of the hat to the website that brought me into hockey analytics: Behind the Net. My ramblings will look at the theory and philosophy behind analytics and their applications given what is already publicly known.

Hello everyone; I am back! I was in the process of writing an article on NHL prospect development for after the draft (teaser!) when a Twitter thread sparked my interest and made me want to do a bit of a ranty, very pseudo-Editorial or Literature Review on analytics and the draft while combing over that thread.

END_OF_DOCUMENT_TOKEN_TO_BE_REPLACED

It is far from shocking that the National Hockey League has no peer among major American sports leagues in terms of racial homogeneity. Most estimates place the proportion of White players in the league in the range of 92-95%, far from comparable leagues like the National Football League, National Basketball Association and even Major League Baseball.

In the past year, the league celebrated an obscure but rather dubious milestone. If you combined all the faceoffs* taken by every Black player** in the NHL between 2008 and 2019, you would end up with 14,375 total faceoffs, or about 20 fewer than Golden Knights center Paul Stastny in that time frame (according to Hockey-reference.com). It was only in this past season that the total of the Black players overtook Stastny.

END_OF_DOCUMENT_TOKEN_TO_BE_REPLACED

This work is co-authored with Madeline Gall.

While scouting for some sports is straightforward (college football → NFL), scouting for the NHL can be a more arduous process. With players from over 45+ international ice hockey leagues, each with its own regulations and difficulties, how can one adequately assess the quality of a player’s performance? Comparisons between leagues are not easily made; 18 points for an eighteen year old playing against other eighteen year olds in a minor league should not be attributed the same value as 18 points for an eighteen year old playing against veterans in the NHL.

There have been other attempts to account for this, including player translation variables, like that of Rob Vollman’s hockey translation factors, and Gabriel Desjardin’s NHL Equivalency Ratings (NHLe). Desjardin’s NHLe previously tackled the issue of comparing and predicting player performance for League-to-NHL transitions (moving from another league into the NHL). It was great for a quick, general comparison and certainly has its advantages (easy and quick to calculate), but there are some drawbacks to its method. For starters, it didn’t necessarily control for team quality, position, and age. Translation factors are calculated using statistics from players who have played at least 20 games in the given league before playing at least 20 in the NHL. That means there’s a lot of valuable data about these in-between transitions that aren’t being used.

In this project, we introduce a new method for comparing and projecting player performance across leagues using an adjusted z-score metric that would account for these drawbacks. This metric controls for factors such as age, league, season, and position that affect a player’s P/PG metric, and could be applied to any league of interest. This new metric is necessary as there are many characteristics that vary from league to league. Due to the different playing styles and opponent difficulty, there is not one consistent metric to make comparable evaluations of player performance for hockey leagues around the world. Other factors such as goalie strength, penalty rates, and rink dimensions are also inconsistent across international leagues. Scenarios could occur in which players of similar strength could appear to have seemingly different performances.

END_OF_DOCUMENT_TOKEN_TO_BE_REPLACED

While the primary focus of the hockey analytics community has been around roster optimization, there has been a small subset of the community that has worked a great deal on prospect analytics. This includes the work of Gabriel Desjardins’ on NHL Equivalent scoring, Josh Weissbock and Cam Lawrence’s work on Player Cohort Success (since purchased by the Florida Panthers), and Rhys Jessop’s work on adjusted scoring metrics.

As a big fan of prospect scouting and analytics, I wanted to add to the community by expanding upon the work done by Jessop.

END_OF_DOCUMENT_TOKEN_TO_BE_REPLACED

“East Coast Hockey League” by Source. Licensed under Fair use via Wikipedia.

For a prospect, the difference between purgatory and the ECHL is that purgatory is temporary. For some prospects, being assigned to the ECHL is a death knell to their career in the NHL.

END_OF_DOCUMENT_TOKEN_TO_BE_REPLACED 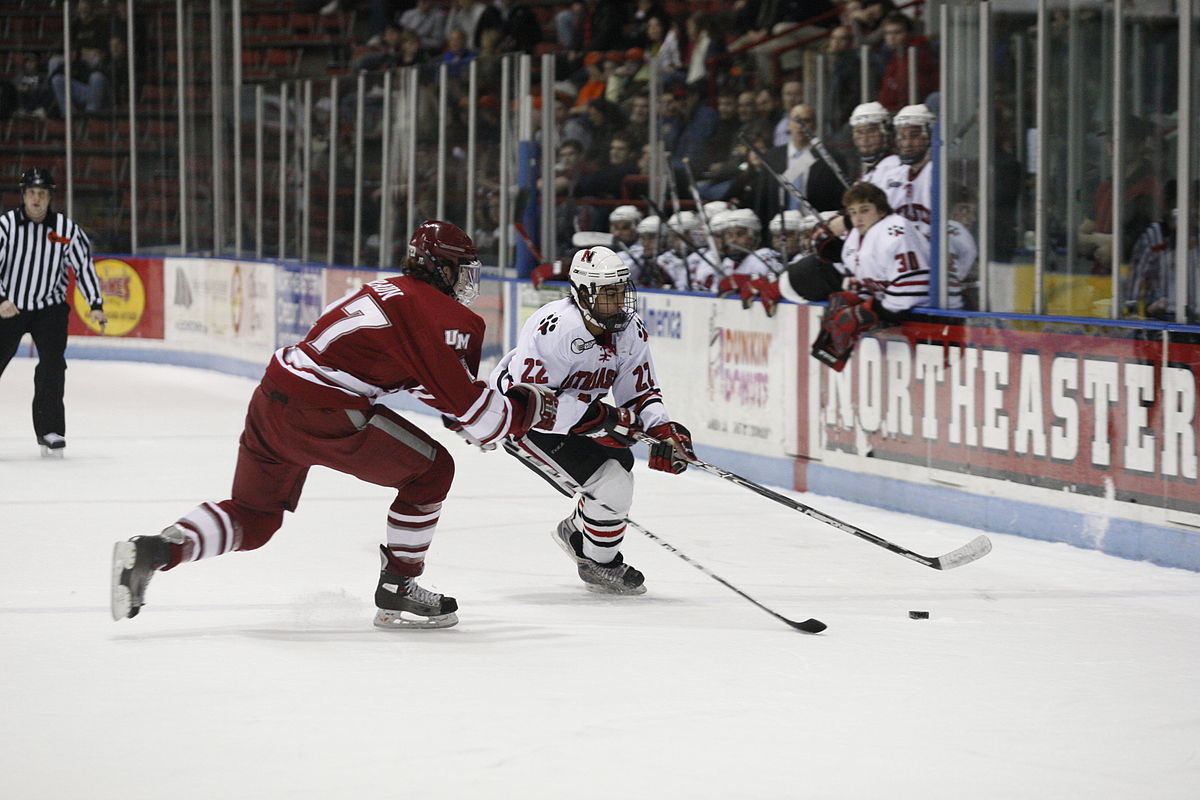