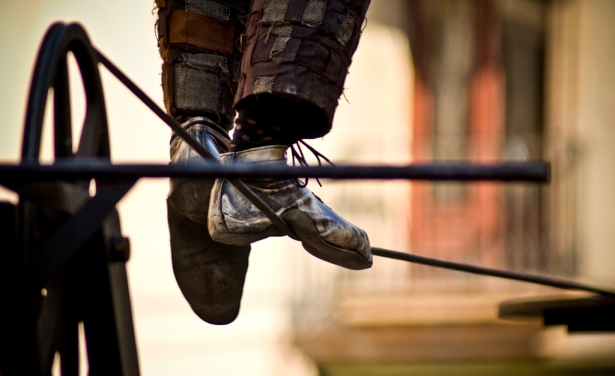 Recently, the statistical analyst of an NHL team was let go in the aftermath of an underwhelming regular season and a puzzling decision involving one of the team’s most productive and iconic players. Rights and wrongs aside, the episode illustrated an uncomfortable fact: the analyst’s job is perhaps the most fragile one of all.

Imagine the tightrope walker, balancing him/herself atop a fine metal wire between two buildings. The job is a difficult one on the best of days, requiring a lifetime of practice and undivided focus. Randomness is not the tightrope walker’s friend. A gust of wind, a slight mis-step or even a meeting with an errand low-flying pigeon could yield deadly consequences.

While the physical stakes are different, an analyst’s career prospects (and personal well-being) are similarly affected by things out of his or her control. While job security in any field is dependent on market conditions, things are especially dire for the technical worker responsible for uncovering Truths, but ranked too low in the corporate hierarchy to effect real change.

END_OF_DOCUMENT_TOKEN_TO_BE_REPLACED

Who had the best game last night?

That’s a rhetorical question obviously… because it’s July, but when hockey is actually being played from October to June it’s an important question to ask – one that’s currently not very easy to definitively answer.

Some will look at points, some will look at shot differentials, some will watch the game, but rarely is there any consensus. Different people value different things. At the top and bottom of the spectrum the answer is sometimes obvious. If Connor McDavid has a five point night, he was very likely the best guy on the ice. If Pekka Rinne lets in five goals against on 21 shots he was very likely the worst. But for many games the answer is neither obvious or simple and is generally up for debate depending on an observer’s personal value system.

What we don’t have in hockey is a standardized measurement for single game productivity. It’s not something that will end any debate, but it can provide a much better framework to answer the question over what’s currently available. And that’s what I’m going to introduce in this post.

END_OF_DOCUMENT_TOKEN_TO_BE_REPLACED 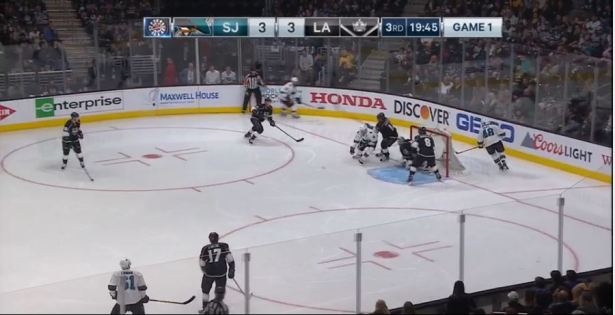 Much of the gains made in the field of hockey analytics has to do with player evaluation and roster construction. Identifying and quantifying a player’s on-ice shot differential while accounting for the context (score state, quality of teammates, quality of competition, deployment, etc.) is something the community has largely been successful at doing. When teams sign or trade for a player, we’re at a good enough place to determine if that was a positive or negative signing, for the most part. There have even been improvements in scouting and drafting that are analytical in nature.

However, we still are lacking in areas of quantifying a team’s system and how they play. We have made strides concerning two important phases of the game, namely the work done here on zone entries by Eric Tulsky, Geoffrey Detweiler, Robert Spencer, and Corey Sznajder, and also work done here by Jen Lute Costella on zone exits. These two pieces, among others written on these subjects, demonstrate a data-driven approach that can influence the tactical decisions a team can make on the ice. However, these are isolated incidents at the blue lines and structured play in the offensive zone remains difficult to quantify.

I attended the NHL Coaching Clinic held in Buffalo, NY the day before this year’s draft. During a presentation from Davis Payne, an assistant coach with the Los Angeles Kings, I noticed two distinct plans of attack being demonstrated and wanted to quantify them as best I could with our passing data. The decision on how to set up and attack in the offensive zone is largely determined by the coach. They will establish a structure within which their players have some latitude to create offense. Rarely do we see this aspect of the game quantified as it’s incredibly fluid and difficult to pin down. However, today we’re going to do just that.

END_OF_DOCUMENT_TOKEN_TO_BE_REPLACED

Player A is a sniper. Player B is a playmaker. Quick: If the two of them get a 2-on-1 break, what do you expect each of them to do? Odds are you would expect the playmaker to pass and the sniper to shoot. You may not know how good each of these players is, but the monikers give you a rough idea of this player’s relative strengths and how they generally try to succeed.

We have plenty of different names that explain a player’s general “role”. We use words like sniper, dangler, two-way player, and power forwards (even if we can’t agree on what that last one actually means). However, these names are usually limited to the offensive zone. We have no easy way to describe what a player does in the neutral zone.