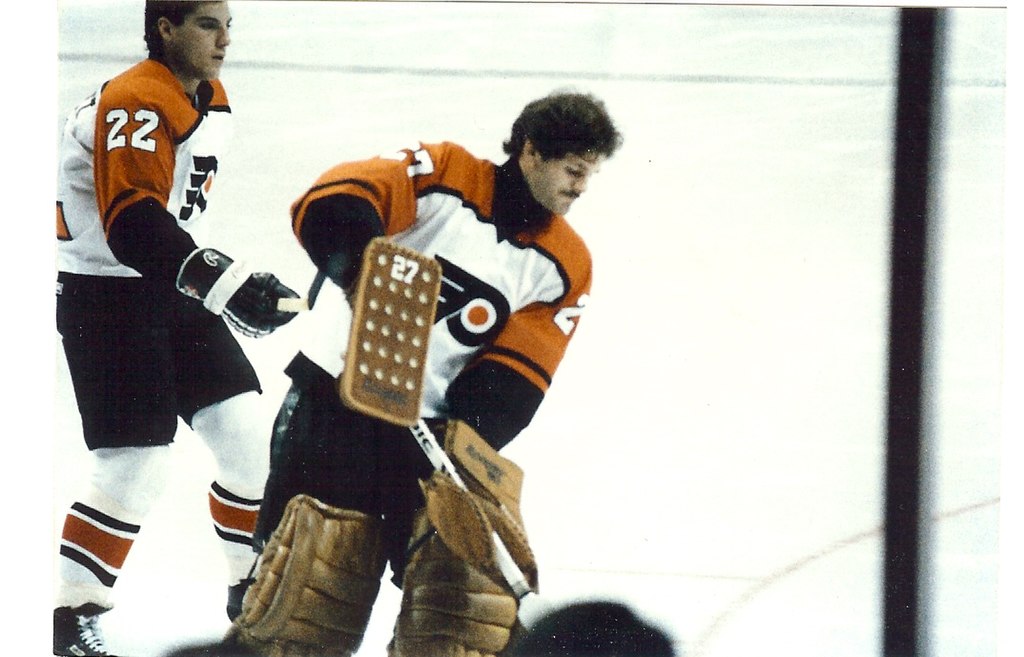 Just finished tracking possession times in a November 15th, 1969 game between the Flyers and the Leafs. This game, when compared to the games from this post, fits virtually in-between them, which is interesting because, unlike with the other two games, the Flyers and Leafs were two teams on the lower end of the spectrum in the league (8th and 9th in 2pS% in a 12-team NHL). Maybe that also contributes to their average possession time of 6.08 sec (n=349) compared to the 1981 game’s 6.15 (n=364) and 2013 game’s 6.17 (n=360). Another observation among these games: the standard deviation for the 1969 and 1981 games is right around 4 seconds, where it’s right at 5 seconds for the 2013 game. I’ll save any deeper ruminations until I have a larger sample, but it’s food for thought.

Not too long ago, I decided I wanted to try out tracking time of possession in historical games, with the hope of eventually having enough data to look into things. I realized it’s going to be a little difficult to get large enough samples of singular teams, but I also realized that we could potentially compare the game as a whole in different eras. I’ve always been of the mind that the game has evolved somewhat, but at its core there are a number of best practices that have kept it pretty much the same game from around the time that the red line was introduced in 1943. I wanted to test that as far back as I could go, though, so with this possession tracking I actually tracked each individual possession rather than just a total time of possession. For this chart, I displayed all those individual possessions as a distribution, longest possessions to the shortest. These three games, the Philadelphia Flyers vs. Toronto Maple Leafs in 1969 (Toronto won 4-2), Edmonton Oilers vs. Philadelphia Flyers in 1981 (Edmonton won 7-5), and Los Angeles Kings vs. St. Louis Blues (St. Louis won 4-2), had some surprising results when compared. As you can see above, the distribution is actually quite close, with the 1981 game seeming to have shorter possessions but then moving above the others in the middle of the line. The 1969 game actually seems like a trendline of the 2013 and 1981 games. The average possession time? 1969: 6.08 seconds, 1981: 6.15 seconds, and 2013: 6.17 seconds. Obviously, I need (and want) more data, but it is a really intriguing start.