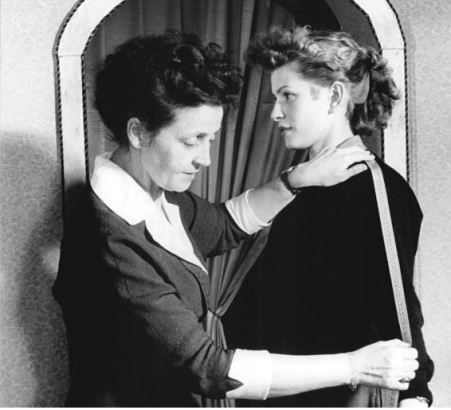 As any person interested in hockey stats should do, I’ve been gradually building my own personal database of player information that I can use when Y3K robs my future post-human self of cloud data for 3 seconds. To that end, player size wasn’t a huge priority but I knew eventually I’d want to have it, if only to think about how normal-sized I’d be in the 1920s NHL. In the process of bringing in all that data, I decided to do a little demographic work on player height and weight. We all know the players are bigger now than they were before, but by how much? And is there greater variance in size now or in the past?
END_OF_DOCUMENT_TOKEN_TO_BE_REPLACED

Again, as a reminder, here is our methodology:
END_OF_DOCUMENT_TOKEN_TO_BE_REPLACED

This guy may be lying flat on his face like this more and more often as he’s reaching the big 35.

A few weeks back, I unveiled Hockey Marcels: an extremely simplistic system for projecting goalies performance going forward, utilizing just the last four years of a goalies’ play to do so. Building off of work by the great Eric T., I weighted more recent years more heavily than older ones, to try and give a better estimation to what we should expect from goalies going forward.  In addition, I added a regression factor to Eric’s work, such that we could deal with varying sample sizes and the extreme variability of NHL goaltending.

But the one thing I didn’t include was an aging adjustment.  This is an integral part of any serious projection system for the obvious reason:  Using past years to project future data is sound, but players will be OLDER in the future and increased age generally results in worse performance (except for the really young).  This is especially the case with hockey, where peak performance has been found to be at ages 24-25.   If we really want to project goalie performance going forward, we need to find out how well goalies age.

A few people have looked at this before (both Eric and Steve Burtch have written about goalie aging in previous posts), but I wanted to actually get #s rather than just a graph on how aging affects goalies of all ages.  So I used hockey reference to get the seasonal data of all goalies from 1996-1997 to the present season who had played 20 years, and tried to take a look.

END_OF_DOCUMENT_TOKEN_TO_BE_REPLACED

Friday Quick Graphs are (initially) intended to revisit some of the better, potentially more-significant work I’ve posted over the past year on my Tumblr page (if you want to beat me to some of them, take a look at benwendorf.tumblr.com).

I did a similar GIF one week ago, using defensemen, in an effort to understand how a player’s playing time evolves over their career. Taking NHL player data from 2007-08 through 2011-12 and identifying year-t0-year change, I’m able to create a hypothetical forward that plays from age 18 to age 40, and how that player’s ice time would change.

There are some similarities to the defensemen GIF, primarily that player’s are given powerplay minutes early, but grow into penalty kill minutes. Unlike defensemen, though, forward TOI decreases uniformly at all strengths, whereas defensemen tend to retain some of their penalty kill time.

As with the previous post, it’s worth pointing out that a player playing from age 18 to age 40 would be a pretty unique, talented player, so this model is really just to demonstrate change.

Friday Quick Graphs are (initially) intended to revisit some of the better, potentially more-significant work I’ve posted over the past year on my Tumblr page (if you want to beat me to some of them, take a look at benwendorf.tumblr.com).

What you see above is a “Total Player Chart,” or TPC, a chart I developed about a year ago to visualize a player’s time on-ice (TOI) deployment. Using that chart, I took the NHL player population from 2007-08 through 2011-12 and recorded the year-to-year change in player’s TOI relative to their age and age +1 seasons. I took those trends and placed them upon an average 18-year old defenseman’s ice time, and tracked how that hypothetical player’s TOI would evolve if they played to the age of 40. The result is the GIF above.

As you can see, the trend is that young player’s tend to receive 5v4 minutes, and as they age they become more trusted with 4v5; as they get older, the 4v5 minutes stick around, but the 5v4 minutes fade.

It’s worth pointing out that this hypothetical defenseman, overall, is likely to be a decent player, by virtue of the fact that they would be getting NHL minutes at age 18 in the first place (and playing until 40).