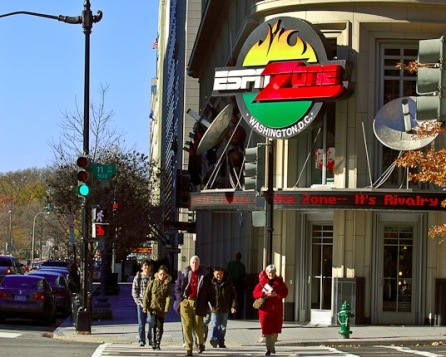 Photo by “Photonerd23” via Wikimedia Commons

In February of the 2009-10 season, John Buccigross of ESPN was spurred by a mailbag question to do a quick thought experiment: does he think Ovechkin could set the all-time goals mark? Gabe Desjardins voiced skepticism of Bucci’s optimistic projection but didn’t offer a counter-projection, presumably because, as he wrote:

Basically, careers are incredibly unpredictable – nobody plays 82 games a year from age 20 to age 40. And players who play at a very high level at a young age tend to not sustain that level of play until they’re 40…So, to answer the reader’s question: I believe that there is presently no significant likelihood that Alex Ovechkin finishes his career with 894 goals. He needs to display an uncommon level of durability for the next decade, and not just lead the league in goal-scoring, but do so by such a wide margin that he scores as much as Gretzky, Hull or Lemieux did in an era with vastly higher offensive levels.

That said, I thought it would be fun, with five full years gone, to see how Bucci did, and try to build a prediction model with the same data he had available. END_OF_DOCUMENT_TOKEN_TO_BE_REPLACED