With the release of the Kindle version of my book, I wanted to provide an excerpt to promote it. You can purchase the Kindle at the above link or the paperback here. If you already purchased a paperback, you should be able to obtain the Kindle version for free on your Amazon account. Let me know if you run into any trouble there. Enjoy!

The key principle in offensive zone play is movement and spacing. No player must crowd another, thereby allowing the opposition to use only one player to mark them; instead, each player should be in some state of motion, attacking open space and creating new passing lanes at all times. Sitting at the net or point for extended periods of time is emphatically discouraged. Defenses lose their structure when backs activate, creating new threats that were previously not accounted for.

However, it is important that players take time to stop and present themselves to the puck carrier for a moment or two before moving again. Pass and move is important, but while the defending team is chasing the opposition all over the zone, it’s valuable to occupy space and remain there if open so that a teammate can work to get the puck to you.

Similar to how backs call out plays to each other when retrieving the puck, in the offensive zone players should call out key words that relate to a progression, when possible of course. If it works at one end of the ice, it should at least try to be incorporated at the other end. And I do not mean things like “boards” or “point”, but rather phrases that when a player hears it, they know what they should be doing over the next few seconds based on where they are on the ice currently.

Beyond that, offensive zone attacking philosophy is once again about movement, shoulder checking to routinely take mental snapshots of the layout on the ice, paying attention to details like the handedness of the player defending you, and the space and shape of the defending team.

On the bench and during film sessions, coaches and players should be asking “What did you see in this moment? Before you made that pass?” If players are expected to answer that question, they will start to include that on-ice assessment before making decisions as part of their play. We don’t want them overthinking, but are simply working on improving their diagnostic skills of what they see.

With regards to specific plays, I have tested the rate of shot assists from below the end line and future scoring several times with varying samples. This was first done as an exploratory exercise with a few teams[1], and then as a more robust analysis with nearly the full complement of teams for the 2015 – 2016 season[2].

NBA analysts found that the added value of the three-point shot and that the corner three was one of the most efficient shots in the NBA.[3] The logical progression is to then build a team that will take a lot of threes and play in a style that generates those opportunities. Darryl Morey’s Houston Rockets embody a successful blend of analytics and playing style.

This led to me think what it would look like if a team decided to try and generate a larger proportion of their offense from below the end line in hockey. If playing this way is an efficient way of generating quality offense, what is the logical progression from data to implementing this on the ice? For starters, if we are playing with a single back on the blue line, it makes sense to flip where we run our offense from, as resetting our offense behind the net doesn’t run the risk of fumbling the puck at the blue line and having to re-enter the zone to ensure we’re onsides. Just as we want to use the playing surface to our advantage when pressuring our opposition (blue/red lines, dot lines, boards), we want to use the net as a shield and the boards to keep possession.

Offensive possessions are often measured by quantity, but it is my belief that puck circulation and movement that leads to the best possible outcome should be the presiding goal over offensive zone philosophy. Getting “pucks on net” represents a team that’s out of ideas with no clear plan in the offensive zone.

The purpose of any good offensive strategy is to confuse the defense and make them question their assignments: “If these players switch, who do I have?” You also want to get players, especially the goalie, looking side-to-side or over their shoulder. Any time your players can operate outside of the opponent’s vision is incredibly advantageous – this is why playing below the end line and having weak-side options is of vital importance.

Before I get into examples, there is one other point I want to articulate about offensive zone strategy and that is the net front presence. I don’t believe it is wise to simply plant a player in front of the net at all times; however, I do feel that many teams will feel compelled to have a player defending their net at all times. So, if the offensive team simply makes continuous, cycling runs towards the net with multiple players at different times, it creates confusion among the defenders and will likely end up with an open player elsewhere on the ice, or lead to the offensive team outnumbering the defending team at the net.

Fig. 55A – Diagram of D Down the Middle with Forward Exchange

Let’s say in our opposition analysis, we’ve determined that the opposition plays a man-to-man defensive zone coverage system and we feel the above movement can create an opening. So, we execute it. Activating a back off the blue line (D Down the Middle in common hockey parlance) is essential to creating quality offense. The forwards away from the puck release and we’re looking for the option that comes open. The progression would be:  1) RB crashing the net, 2) weak side forward, and 3) near forward looping around behind.

The only problem is that the puck carrier fans on the pass and we miss our shot. How do we recover from a tactical standpoint to move seamlessly into our next attack? 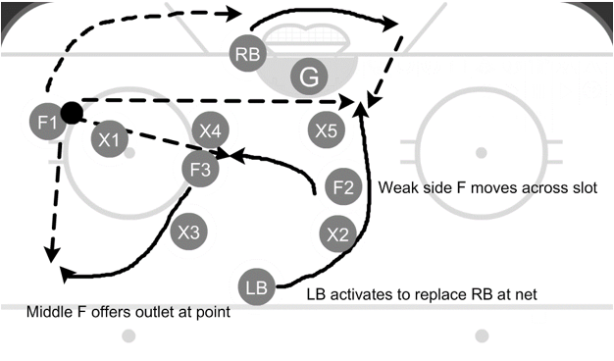 Fig. 55B – Recovery to Next Attack Phase

Rather than force a puck where we no longer have the advantage of being first to an area, the puck carrier must use good body position or edgework to maintain puck possession. At the same time, their teammates cannot simply stand around and must move to the next concept. This involves the nearest forward popping out to the point and the right back moving behind the net. The other forward works across the slot and the LB drives at the far post.

Additionally, players often need to practice their movements in receiving pucks in certain areas. A good presentation[1] on how to receive pucks and then look for options to attack was given by Brendan Taylor at the 2018 Coaches Conference in Toronto.

Naturally, there will be confusion in learning when to time things, but if you are standing in the same point for more than a second or two, it’s time to move.

Beginning with Fig. 56A I’ve drawn up some specific types of progressive movements teams should use to maximize unpredictability.

The options off of this rotation are numerous. A hole in coverage will naturally open up due to the crossing and routes run by the wingbacks and Rover. The first read should be a one-timer from the wingback coming down from the point. A second option would be if the player crossing across the slot finds some open ice and pops out for a chance. A quick switch behind the net allows for new passing lanes.

You could also flip the triangle and rotate a player in front of the net with the two players below the goal line. This would be similar to specific lacrosse tactics. There you would be trying to draw players away from the goal and hitting one of the wingbacks cutting down the dot line and across the slot. This may be more appealing if teams do not want to deal with the risk that comes with having the high triangle, as a misplaced or intercepted pass could start a rush the other way. By flipping the triangle, there are two players higher in the zone rather than a single point player.

Here, it’s a similar rotation and diagonisis: does the opposition center move with the Rover or come off to intercept the wingback? If they jump the wingback, it’s a quick pass to the Rover from either side, this is why they must back out of the slot to be able to spot these slight advantages.

This approach uses the full width of the offensive zone. There is much more area of the opposition to defend, so it makes the defense work that much harder. As the weak side wing back enters the slot, the wing back at the point makes a run to the slot. F3 rolls to the top of the zone and the weak side wingback continues through the slot to fill F3’s space.

All the while, F2 and F1 exchange passes and threaten to pop out for a quick shot or jam play at the net.

Another exchange that can take place is if F1 pops out to make a run across the slot, near the goal. This gives us a fluid net-front presence and possibly pulls defenders with them, allowing a free release for the wing back making the run from the point.

It’s important to have east-west exchanges as well as north-south to take advantage of the variety of misdirection that can be applied to these offensive progressions.

There’s much more to this section and the rest of the book. Thanks to everyone who has purchased a copy and for the wonderful feedback!

2 thoughts on “An Excerpt from Tape to Space: Redefining Modern Hockey Tactics”