A carry-in just waiting to be recorded by someone.

What You Need For Neutral Zone Tracking:

END_OF_DOCUMENT_TOKEN_TO_BE_REPLACED 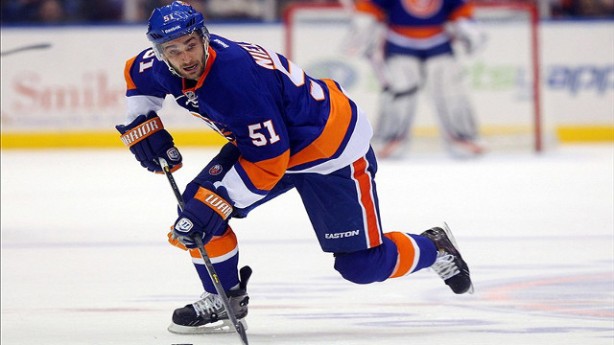 Frans Nielsen is incredibly good in the neutral zone.  But How important is that really?  And how can we tell that’s the case to begin with?

A while back, Hockey-Graph’s own Matt Cane wrote the following tweet:

Related to what @Thats_Offside has said: Why should I care what a player’s zone entry rates are? Convince me, Twitter.

Matt was referring to a statistic commonly found in “Neutral Zone Tracking,” which purports to measure the quality of individual and team play in the Neutral Zone.  Neutral Zone Tracking was pioneered by a bunch of guys at Broad Street Hockey (Eric Tulsky and Geoff Detweilier) back in 2011 and in the years since, a bunch of individuals have also began to do the same.  The work that’s been done on this area, on other sites as well as on this one suggests neutral zone tracking results in some extremely important data that we should be very interested in.

What is Neutral Zone Tracking: