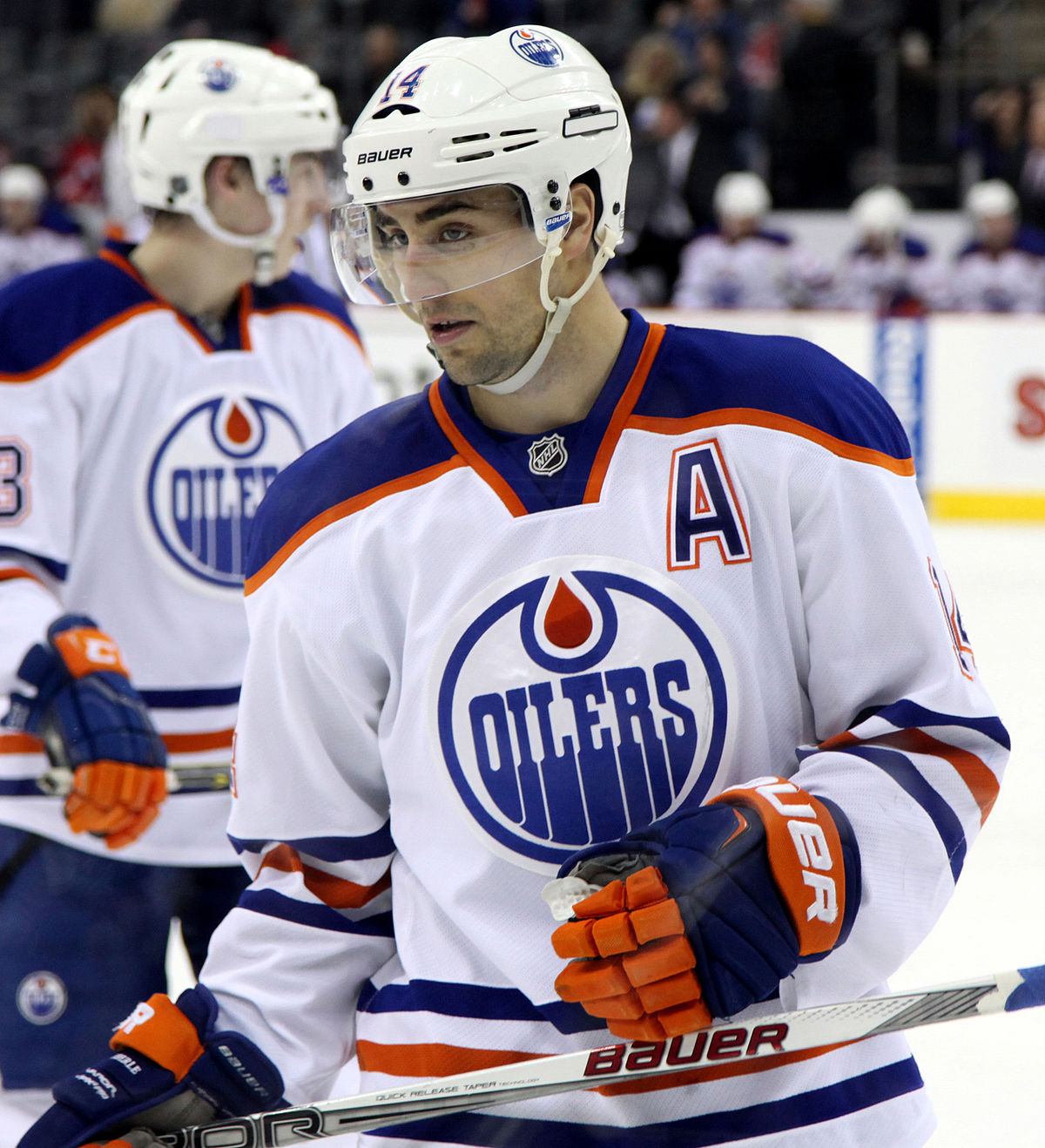 This week we look at whether or not players should care about their advance statistics (with a tangent on talent distributions impact on hockey):

Jack Han (@ml_han): Should players care about their advance statistics?

In my opinion, they should defer whenever actual coach-player teaching is being done. Academics and researchers are not always very good teachers or communicators. Also, because of the power dynamics.

Arik Parnass (@arikparnass): I think the “people” element of managing and coaching is dismissed too often. You want to run your franchise intelligently, and you want to maximize efficiency when feasible, but it only takes a few feathers being ruffled for things to snowball down and out of control.

DTM About Heart (@dtmaboutheart): I think that can sometimes be an unfair perception of having an “analytical” mindset. Take for example the Patriots, I have never heard them really be referred to as an analytically focused organization but they have a reputation for being cold. I think that was reported as the reason Fred Jackson chose Seattle over them after he was released.

Jack: Being men of science, seeking truth from facts. As long as ur there, you’ll be ok.

Ben Wendorf (@benjaminwendorf): Players should care about the stats couched in actionable skills/decisions. But it’s not really about what the players care about; they’ll look for the numbers on their own. It’s on coaches/management to decide how much should be applied, and how. Personally, I’d want a coach that is respected by the players, that imparts little of the numbers outside the actionable. The former part is not easy, and often ephemeral. The latter part is very doable.

Petbugs (@petbugs13): Until such a time as you have valid microstats that can help players identify skills to work on, I would say definitely not. Right now we have stats that can help assess players at the macro level and that’s about it.

They are useful for GMs and, *maybe* coaches but definitely not players. We could use these stats to assess coaching strategies if they were married with, *a lot* of video analysis. I believe that’s basically what Dellow was doing when he got hired and went dark.

But if we were able to do that, it could help coaches identify specific plays or skills for players to work on. Even then, the players wouldn’t necessarily need to know the stats used to identify the high value behaviours.

Conor Tompkins (@null_hhockey): I would say players should care about microstats. Like, zone entries, maybe if there was a stat on whether to go for the body or the puck in hits. Things like that.

I don’t think any player needs to know his CA/60 in a team setting. But that could be useful in contract negotiations.

Garret: I’m having a total brain fart. What is that thing where those know what’s being measured end up having the results skewed.

Ben: I remember hearing about that happening in anthropology. Apparently the Ojibwe loved to make stuff up and tell anthropologists they were doing “traditional” things.

Garret: An example: A player may throw pucks more to improve their Corsi, despite throwing away the puck is unlikely actually improve Corsi.

In addition, the outcomes and relationships we observe (like with Corsi->future goals) exists in the current environment. Changing the environment can also impact the relationships that exist.

Conor: But, wouldn’t we have seen that with assists or something a long time ago? Assists were the first “fancy stat”, but no one started passing a lot just to goose their assists (as far as we know?).

Arik: Well assists aren’t the same thing as corsi because it’s (relatively) easy to shoot, but not to score or to have a teammate score. If players knew one was counting passes in general as a positive stat, yes they might just pass more. It’s human nature.

And Garret’s right. We’re already seen cases (Eberle said as much) where coaching to a stat can be problematic. So it has to be handled with care. Unless the statistic is a measure of a purely positive action as well as outcomes it needs to be labeled “handle with care” around players

Garret: Was Jordan Eberle right though? I mean, Oilers improved in scoring chances too, both War-On-Ice’s rendition and some manually tracked ones by the Oilogosphere.

Connor: If I recall correctly, the 2014-15 oilers were a better possession team (under both coaches) than the 2013-14 Oilers. Whether Eberle thought so is a different matter

Arik: I don’t think we know for sure yet, but I definitely buy that their shooting percentage decreasing was at least a little bit the result of trying to game Corsi.

But even beyond that, I think it’s a bit of a self-fulfilling prophecy. It can be harmful to the Oilers players if they think they’re struggling because of a “focus on analytics” even if they aren’t.

Connor: I don’t think we’d be talking about how Eberle feels about analytics if they had league average goaltending last year. That stuff was terrible.

Moneypuck (@moneypuck_): This is excellent dialogue. I think from a practical point of view it can be helpful to understand stats from the perspective of managing your career/worth, especially in the context of a possession driving D that doesn’t show up much in the counting stats (example: Tanev), but that’s a discussion of self awareness as opposed to coaching to/gaming the stat.

I don’t necessarily but into following the stats as being a distraction. Players have always followed their stats (shots, goals, assists), these are just new stats. Onus is on management/coaching to frame the lens these stats are viewed appropriately (end rant).

Nick Mercadante (@nmercad): As a coach, my method has always been simply this: numbers inform decisions about best practices. Know them. Coach to maximize the talent you have within systems that best exploit the weaknesses of the other teams, as identified in part or in whole by the numbers. Couch all of it in personal interactions that help get your team, or an individual, in the best mindset to succeed.

Some players absolutely need to know how a decision is or is not beneficial to his success. Others just need “do this or that.” Still others just need the ultimate persuasions: “this will cause you to save/score goals.”

Any coach who says they are doing it how an analyst would on paper is lying to themselves or, quite possibly, a bad coach. Because paper doesn’t have #feels and #feels do account for some things. They’re just (usually) not measurable things.

Any coach who disregards numbers is relying solely on intuition and experience to determine best practice for systems. Doesn’t mean they are a bad coach, so long as their best practice is successful (Daryl Sutter). Just means they aren’t using every tool available to inform their decisions. That’s all.

DTMAboutHeart: While I don’t think any players are gaming Corsi, I do think many misunderstand what it really means. There is also an important distinction to be made between numbers used to evaluate a player and stats a player can use to improve their game. Save percentage (or whatever version you wish to use) is a good example of an evaluation stat because it tells you how well someone preformed at their main job. However, you can’t just show a goalie their save percentage and say “you need to save more shots” that isn’t going to help the player grow.

Garret: That misunderstanding is a bit what I meant earlier in regards to environment. All the relationships we observe exist in the context of the environment. Like defensive impact and shot quality on goaltenders.

Would the essentially zero R^2 for year-one-to-year-two defender relative save percentage still exist if many stopped caring about save percentage? (Yes, this would never happen but giving an example.)

DTMAboutHeart: Agreed.. Another reason I have held off on trying to analyze other leagues. Especially lower leagues such as CHL/NCAA where the talent spread is much greater and more distinct we can’t assume the same standards should be applied there.

This is where I send us down a new topic, to where we never return from.

Garret: I believe the gap in goal percentage and Corsi percentage for team future win predictiveness is much smaller in the CHL due to that. Don’t quote me on a “I believe” though haha.

Connor: I was trying to explain to my girlfriend why Hammond won’t be a thing next season and ended up getting into the distribution of talent in other leagues.

That’s the foundational variable that we assume we understand. The spread of talent. If that changes, everything changes. What would analysis look like in a 16 team league?

Just cut the bottom 2 lines and the bottom 3 D from every team and redistribute randomly. Does Corsi still beat goals in predicting future goals? Would “shot quality” supersede possession?

DTMAboutHeart: I would say yes, I would say going the other way is how you get goals beating Corsi.

Garret: That would be my guess as well.

Connor: How many more goals would have to be scored to make that change?  IIRC 05-06 was the best year for goals.

Jack: If every dman in the league was anton stralman, things like luck and finishing abilities would matter more, I’d assume. I’d also guess the hockey would be surprisingly boring to watch.

Matt Cane (@cane_matt): I actually think the opposite would be true if we cut the bottom half of the league out. Possession would be more important because the spread in finishing ability is really between the best and worst guys. All the guys you’d be eliminating would be the worst players at shot quality, in all likelihood.

Nick: I think there is an awful lot of truth to that.

Petbugs: Me too. It’s the skill differences (or lack thereof) that determine the break point. Basketball is the prime example. The disparity in skill means the better team will usually win in a short series, unlike in hockey. Same is true for in game dynamics. Skill parity would mean team with more events/chances/possession would tend to win out.

Garret: Okay I sent us off topic. Is this enough?