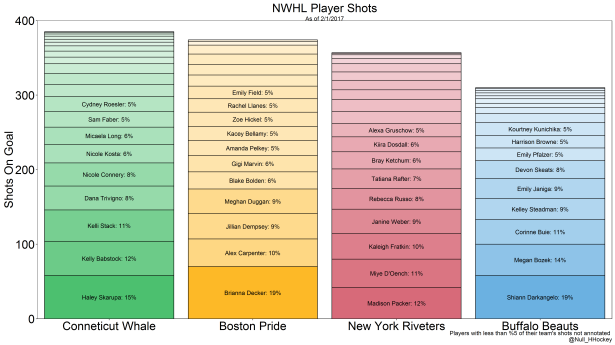 As the graph shows, Brianna Decker and Shiann Darkangelo lead the league in % of team shots at 19% each. Haley Skarupa, a rookie, leads the Conneticut Whale at 15% of the team’s shots. This is doubly impressive, as the Whale also lead the league in shots. Madison Packer leads the New York Riveters at 12%.

The code for this graph can be found on my Github page.