Jacob Voracek is having an especially poor season.  After averaging above 1.6 Primary Points per 60 at 5v5 the last few seasons, he’s down to .6 in 2015-16.  Voracek’s assist rate is down, and most prominently, he has only scored one goal at 5v5. 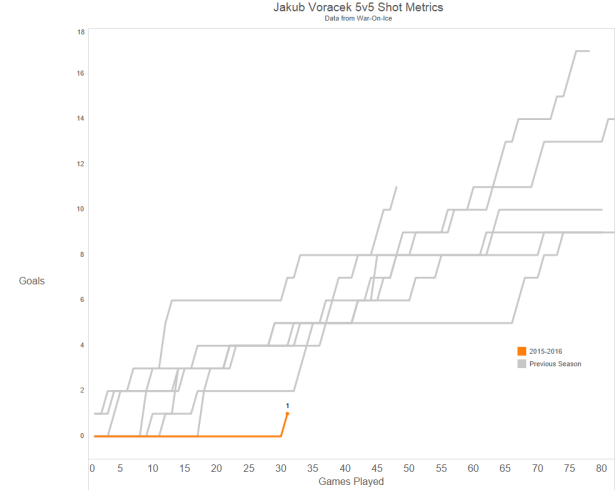 What is causing this run of poor form? The most direct route of analysis is to examine his shot metrics. How does Voracek’s 2015-16 season stack up against his previous seasons? 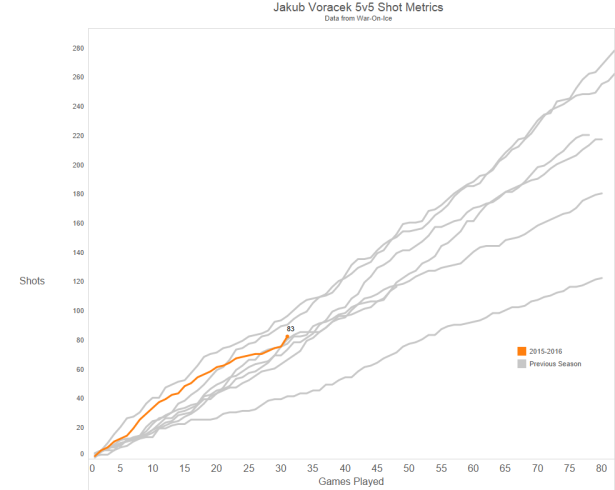 Voracek has 83 shots through 31 games, well within his historic norms.

Is he not getting as many shots through the shot-blockers? 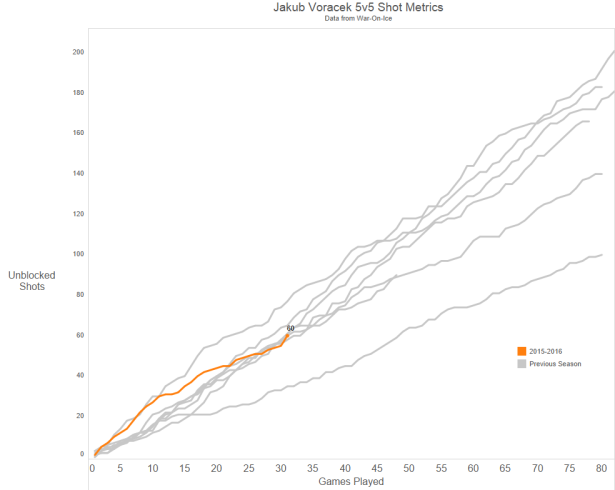 Again, his numbers here are right in line with his past performances.

Voracek is even having his second best career season through 31 games in terms of Shots on Goal: 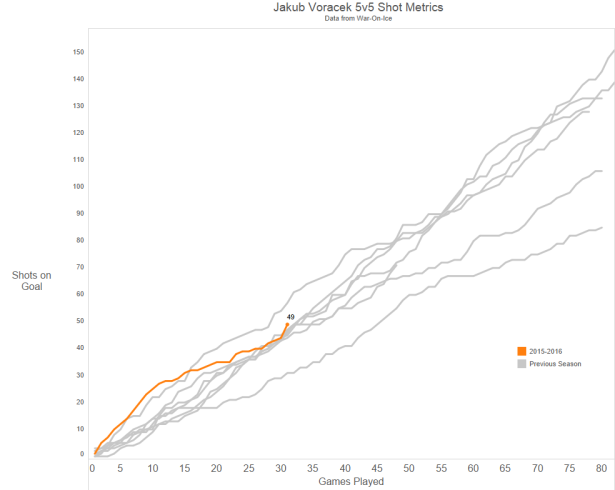 Is Voracek getting scoring chances out of his shots? 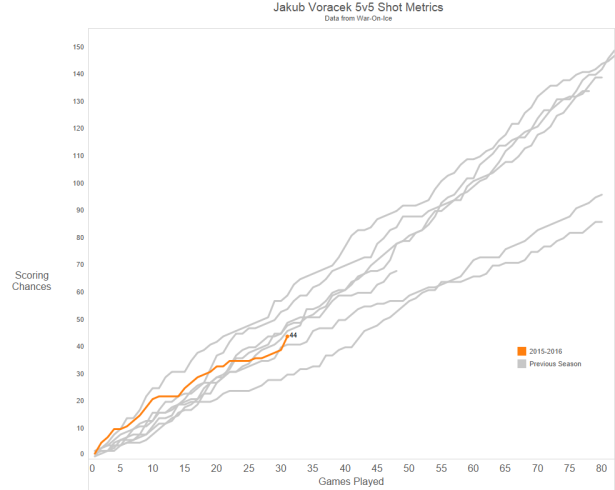 While 2015-16 is his third worst season by this measure, it is close enough to his past performances to not be of real concern. 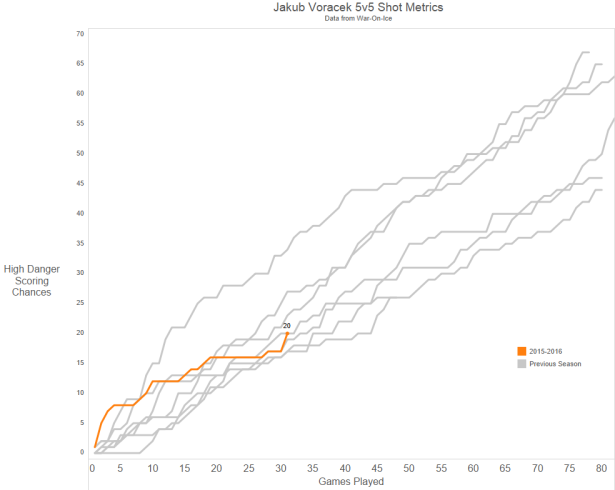 Again, while not his best start, his 2015-16 numbers are in line with his previous seasons.

Apparently Voracek is taking shots and creating chances, but he is not being rewarded. While his lack of goal production at 5v5 is concerning, we can safely cast aside any shot-based explanation for it.

Voracek is simply not as bad as his current goal total suggests. He is not a prolific goal scorer, but we should expect his shooting % to rebound from 2% to a more reasonable rate (his career average is 10%).

As an aside, I also wanted to see how well Voracek is helping his teammates to score goals. 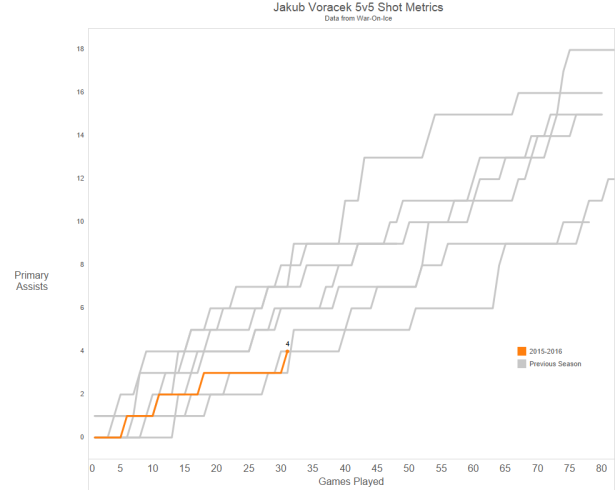 This total is below most of his past performances. This is significant, as Voracek is known for his passing ability. This could be a facile explanation, but perhaps playing on the third line with Chris VandeVelde and Pierre-Edouard Bellemare is not doing Voracek any favors.