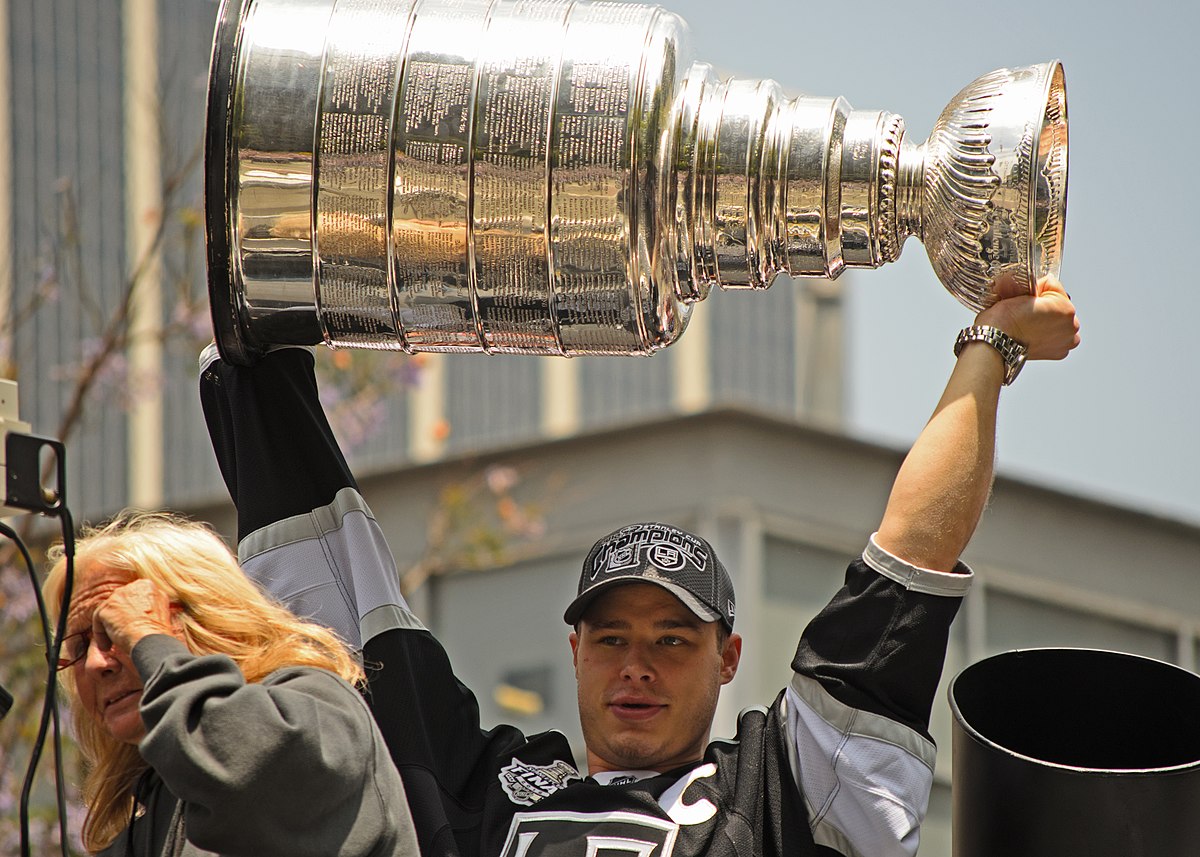 Hockey Talk is a (not quite) weekly series where you will get to view the dialogue amongst a few of the Hockey-Graphs’ contributors on a particular subject, with some fun tangents.

This week we look at dump and chase systems and hitting:

Carolyn Wilke (@classlicity): Question. Prior to this year (acquisition of Milan Lucic) has anyone looked at why the Kings were so good at hitting? They were one of the only teams over the 3 years prior that had high hits high possession & low penalties.

Nick Mercadante (@nmercad): I looked at the kings a bit in this article towards the end. It’s pretty simple hypothesis: Sutter is either good at adjusting his systems to his personnel, or happened upon the right players for his system.

Either way, if you dump and chase, you need to drive play in a direction and, likely, bang.

Garret: Two articles I wrote o on hitting (one of which has a picture of Lucic):

The Usefulness (or lack thereof) of Hit Totals

If you hit to hit it’s probably meh. If you hit to system it might be an effective and important part of making that system go.

Also: playing a good dump and chase team is a fucking nightmare. Because you have to turn and therefore thin Gs aren’t happening in front of you that you can control to some degree.

Myself and “Kidish” have pointed to this as a huge recipe for ducks success. Their top guys know how to generate premium chances off the chaos that ensues when they dump and chase and the D doesn’t turn well or coughs it up. They basically risk possession loss for the reward of high probability high danger offense generated when it works. Is this a good way to go? Probably not at all. But it works for them based on their personnel and probably good coaching.

Ben Wendorf (@benjaminwendorf): You get some of those passes from behind the net Ryan Stimson was talking about awhile back.

Mercadante: And Beleskeys or Maroons going full speed at the net front or at the turning defenders. Perry or Getz reading and reacting. God damn nightmare.

To me, their success is intuitive. There is a luck element to the close games but they at least try not to chance trade so it isn’t all up to luck.

They are awesome when down a goal or two because teams are more concerned about whacking the puck out and thus turn it over to their pressure on the half walls, stupidly.

Jack Han (@ml_han):  You would get to more specific insights in a league with more sample size, but the CIS games I’ve tracked, seems to me that shooting percentages are higher off shots right after a failed exit. That seems to make sense intuitively.

Sean Tierney (@SeanTierneyTSS): This is an excellent example of why context is important. Personnel is so important.

Jack: So the right dump and chase team can tap into that to create goals without a huge volume of shots.

It comes down to ‘does it put me in a better position to give up the puck right now, in exchange for a chance a few seconds from now’.

Sean: But you don’t take that strategy door-to-door as a league-wide, fool proof system.

Jack: Most of the time the answer is no, but sometime its yes

Sean: I wonder if there are other Ducks-ish teams that -should- be doing this but aren’t.

Jack: Id compare it to chipped the puck off the boards and going around a defenders. Theres an element of luck in it, but used selectively u can blow a coverage wide open,

Garret: The numbers we extract from observations exist in the context of the environment these actions take place in. 😉

Ben: Right. Personnel should dictate. When the NHL became convinced about dump and chase in the 70s, it was ill applied to some teams. They went over the top physical, and couldn’t retrieve a puck.

Jack: In 3-5 years it’ll swing back toward that. If u got small mobile defenders who play a really tight gap, a bigger stronger forwards could dump and chase with more success.

Ben: A good physical player isn’t a big hitter, they just have excellent body control, are plucky, and either intuitively or deliberately understand the physics of it.

Jack: Its not being taught explicitly at the minor hockey level, but it will be soon.

Sean: And I suppose this could go line-by-line, if a team’s coaching sees the potential.

Garret then answers Carolyn by publishing the discussion.