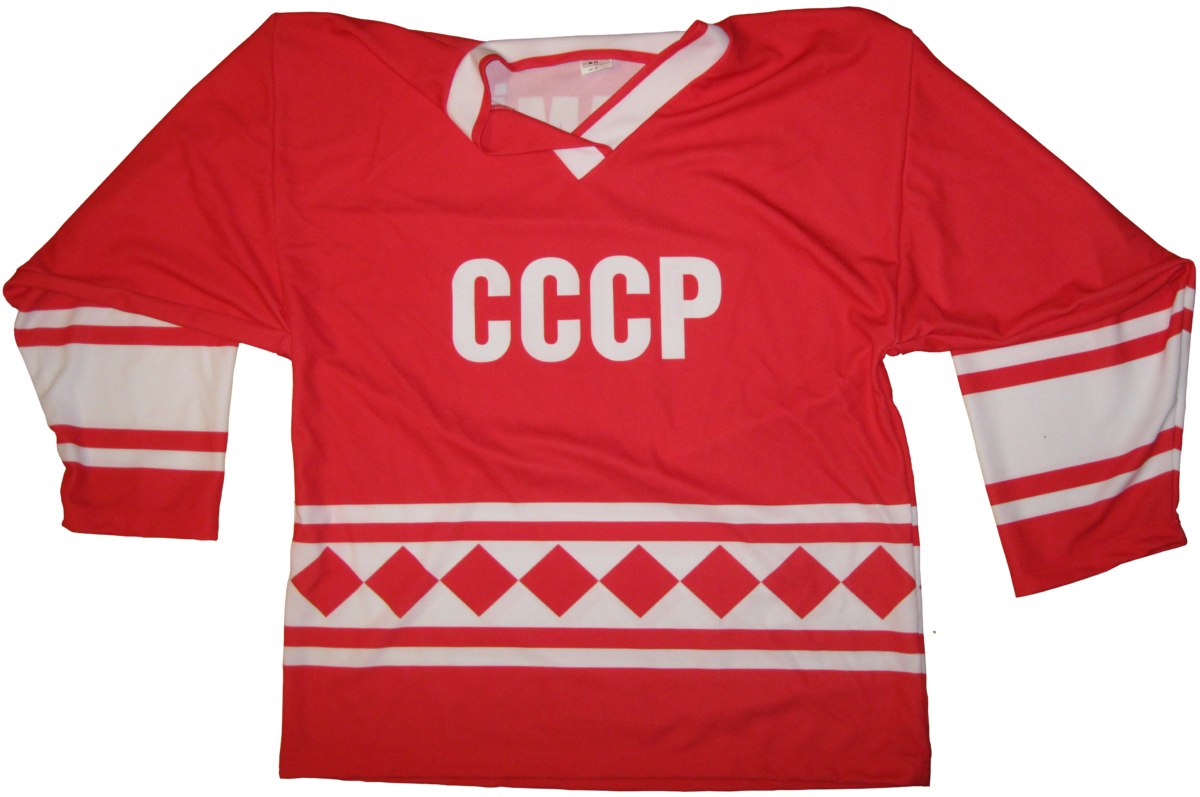 What I mean by the above statement is to include more of the situational tactics, overall strategy, or systems themselves that are present within the game. Even after tracking over two hundred games over the last two seasons, learning the verbage coaches use or understanding the nuances of their systems is something that takes patience and has been a learning process. One of the best writers out there, Jen Lute Costella, has been incorporating this into her writing in recent months and it has been fantastic to read.

I think there are a few reasons why it’s not often discussed. Unlike American or European football, hockey is significantly more chaotic, fast-paced, and more difficult to decipher plays and formations to the common fan. It’s why our most powerful tools are the simplest of metrics like Corsi. However, as we are able to compile more sophisticated metrics and parse out player performance and impact (things like Stephen Burtch’s dCorsi, David Johnson’s WOWY, or With or Without You, or Domenic Galamini’s HERO charts, we simultaneously think two things at once: 1) A greater understanding of the player’s value and impact over his teammates, and 2) The inevitable question of “Well, how does he do that?”

In leading my passing project and digging deeper into the game, there are theories about the game that I’ve thought of, read about, or heard about that I wanted to try and quantify. These are some of what we hope to do this coming season as I’ve seen the number of volunteers swell. This post will attempt to articulate how passing can create advantages in small areas of the ice, which subsequently lead to more dangerous attacks. A series of small advantages can add up to a large one quite quickly in hockey. In order to do this, we’re going to travel back in time thirty-four years.

You may recall that the Red Army film came out last year. In it, there is much made of the Red Army’s passing style and ability to dominate its opponents. During the film, the 1981 Canada Cup Final is offered up as an example of this, as the Soviet’s routed Canada 8-1. This led to Wayne Gretzy saying, “You just can’t compete.”

I saw Red Army over the summer and began to wonder “why?” Why were they so much better? How can they pass it so much better than Gretzky, Guy LaFleur, Mike Bossy, or Larry Robinson? So, naturally, I decided to go track the game. I found it on YouTube here. There are four parts that include pregame, post game, intermissions, and classic early 80s commercials. The footage is grainy at best, but it was doable. When I finished tracking, it wasn’t like there was a huge advantage in shot attempts for the Red Army (aside: yes, I’m aware Mike Liut was horrendous in the game and how goaltending can impact a single game’s outcome), but something was different in how they created their chances. Ron Reusch, who handled play-by-play duties, remarked that even though the Canadians held a 9-2 edge in shots at one point in the first period it, “didn’t feel like an advantage.” So, what were the Soviets doing to overwhelm Canada’s elite? A series of small advantages.

We’re going to begin with an analysis of the Red Army’s breakout of their zone, paying particular attention to their off-the-puck movement. Now, since the footage isn’t the best, I’ve done you all a favor and converted many of their plays into a animation using Sports Dood. Below is one example of how they broke out of the zone.

This play begins after Slava Fetisov takes a run at a Canadian winger (either Mike Bossy or Bob Gainey, couldn’t make out the number cleanly). The puck comes down into the zone and Alexei Kasatonov starts the breakout. He passes across to Vladimir Krutov. As Krutov starts to advance, Sergei Makarov leaves the zone and stretches the defense. This creates space for Krutov, having dropped the puck back for Igor Larionov, to exit the zone and pull his defender with him. Larionov is able to skate past his marker and exit the zone. As he does, Krutov cuts inside, clearing space for Larionov to follow. You’ll also see that Makarov has continued across the ice, forcing the defense to respect his position and opening up more width. The wingers follow the same path and this ensures each has some clear ice ahead of him. Larionov was able to make a move at the Canadian blue line and entered with control. A shot soon followed.

However, the Canadian defense was not always so accommodating. At times, they attempted to stand up their Soviet opponents, or they simply denied them space. In this type of situation, it is all the more important that the Soviet wingers worked in close quarters with each other. Here is another breakout example of this.

After Fetisov breaks up a clear chance for Gainey, he quickly turns sends Sergei Shepelev on his way, two-on-two with Viktor Shalimov. Since this was only a two-on-two sequence, I didn’t include the other skaters. However, Shalimov doesn’t race up alongside Shepelev or weave with him – he settles in right behind him. Canada allows the entry, but Brian Engblom steps up and takes the body to Shepelev once he enters. Shepelev calmly taps the puck back to Shalimov and Barry Beck doesn’t read the play correctly. Shalimov is able to get a shot off while Beck tries to get over and mark him.

The key here was how Shalimov falls in behind Shepelev. This creates an advantage for the Soviets when the latter drops the puck for the former. Beck isn’t going to step up and allow Shepelev a one-on-one situation, so it’s a two-on-two, but the Soviets are dictating how the play unfolds. Let’s look at this concept develop over a longer, sustained play.

This play starts after a LaFleur turnover, which Shepelev picks up and heads toward the boards. Makarov skates in and Shepelev dishes him the puck. They also have Krutov on the ice, who is driving towards the net to back the defense off a bit.

Before I go on to the rest of the play, I’m going to pause and highlight what really is the key to how the Soviets played in this game. Apart from the continuous following and clearing space for their line mates, the Red Army essentially sought to win a series of 2-on-1 situations all over the ice. I say 2-on-1 in that they would force opposing players into decisions all over the ice. Based on that decision, the Red Army take advantage and continue to press the defense into similar decisions elsewhere. The end goal being: if they can win these situations and manufacture soft ice and precious seconds to allow for someone to get open and make a pass, they are creating scoring opportunities while the defense is still processing what’s unfolding in front of them. It is asserting chaos on your opponent.

Going back to the play, Shepelev passes to Makarov and then quickly heads back towards the puck, following Makarov much in the same way Shalimov followed him on the entry in the previous animation. Makarov advances, then dishes back to Shepelev. Krutov has now gone behind the net, forcing the far-side defenseman to stay there to prevent him from circling out front for a rebound and/or tap-in. Every movement dictates play and what space will open up. Makarov sucks in the defense just as Shepelev did earlier in the sequence. Shepelev skates in and scores here. A play that started as a 3-on-3 ends being a decided advantage to the Red Army because of their ability to manipulate their opposition and manufacture open ice.

One more animation as we look at a Red Army regroup.

This sequence begins after a neutral zone faceoff win and the Red Army quickly go on the attack. Kasatonov makes an outlet pass to Makarov, who touches it ahead to Larionov at center ice. Larionov advances towards Canada’s blue line and Makarov, again, moves east-west and settles in behind “The Professor.” Larionov passes to Krutov for a controlled entry and then drives to pull Ray Borque down low. Clark Hartsburg, Canada’s other defenseman, stays with Krutov for the moment. Makarov also enters the zone at this point in the sequence and drives center lane. This forces the winger closest to him to stay. This is yet another example of the Soviet’s manipulating a 2-on-1 with the forward that Makarov is occupying. By forcing him to move with Makarov, Krutov is now able to cut inside, but stay high in the zone. Hartsburg, having bitten hard on an outside fake by Krutov, acctually stumbles and takes himself out of the play.

Krutov leaves the puck for the rushing Kasatonov. He acts as a pick with the other winger still in the zone. Kasatonov is able to skate down into the house for a shot. Off-the-puck movement, clearing space, and attacking a spot on the ice. A series of small advantages leading to a chance.

One of the more intriguing setups as they transitioned was how close together the KLM line skated.

And the sequence that followed:

From here, they executed this entry and set up the left defenseman, Hartsburg, again. Makarov actually sets this up and then skates off as the wide forward, keeping some width in the attack. Kasatonov, Larionov, and Krutov are left to enter. They force Hartsburg to stay high on the puck carrier or follow the overlapping player down low. He hesitates, giving Larionov an opportunity to send it down to Kasatonov. Krutov makes a mid-lane drive, pulling Borque to the far post, and Kasatonov has a free lane to get another shot. Creating a situational 2-on-1 upon entry, combined with Krutov creating space for Kasatonov by driving mid-lane, results in manufactured open ice for Kasatonov’s shot.

These are but a few examples of how the Red Army created space by forcing Canada’s players into difficult decisions all over the ice. The Soviets had strong puck support and always had an option to pass. They also were able to quickly and efficiently manufacture open ice by taking advantage of Canada’s often poor decision-making. A series of small advantages resulted in several big ones. 8-1.

As our analytical methods evolve, I continue to ask myself, “How can integrate advantages we find in data into the on-ice tactics and strategy of the coaches? In our passing data, through twelve thousand shots, goals are scored more often (8%) from passes than non-passing shots (7.2%). If we isolate only shot sequences from multiple passes, the shooting percentage rises to 9.6%. It’s clear that the more often a team can successfully work their opposition and dictate how the play unfolds with passing and off-the-puck movement, the greater the chance of scoring. In addition to our larger and more widespread project this season, I’ll be taking a closer look at just how teams and specific pairs or trios of players combine to create these advantageous situations like the Red Army.